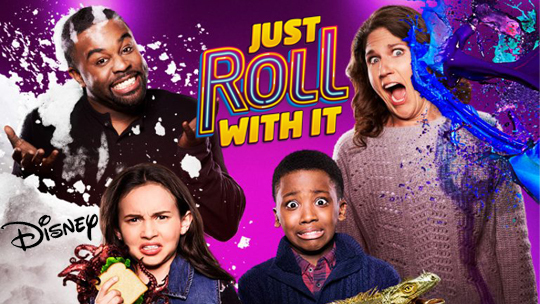 FREE TV Audience Tickets - Disney's Just Roll With It - Disney's unique series is centered around the blended Bennett-Blatt family and features step-siblings Blair and Owen, who could not be more different. Unlike other shows though, at the sound of a horn, the actors break from the scene and go backstage while the audience votes to decide which of three outrageous stunts will take place. Once votes are cast electronically, the actors return to the stage to continue the scene and find out what happens next- which could be anything from having eat something gross to enduring a hilarious physical challenge or being surprised by an awkward guest star.

Despite their differences, the Bennett-Blatt clan, and the actors who play them, know how to take whatever life - and the studio audience - throws at them ... and "Just Roll With It."

Join us on this Disney set where truly ANYTHING can happen... and the story is in your hands!