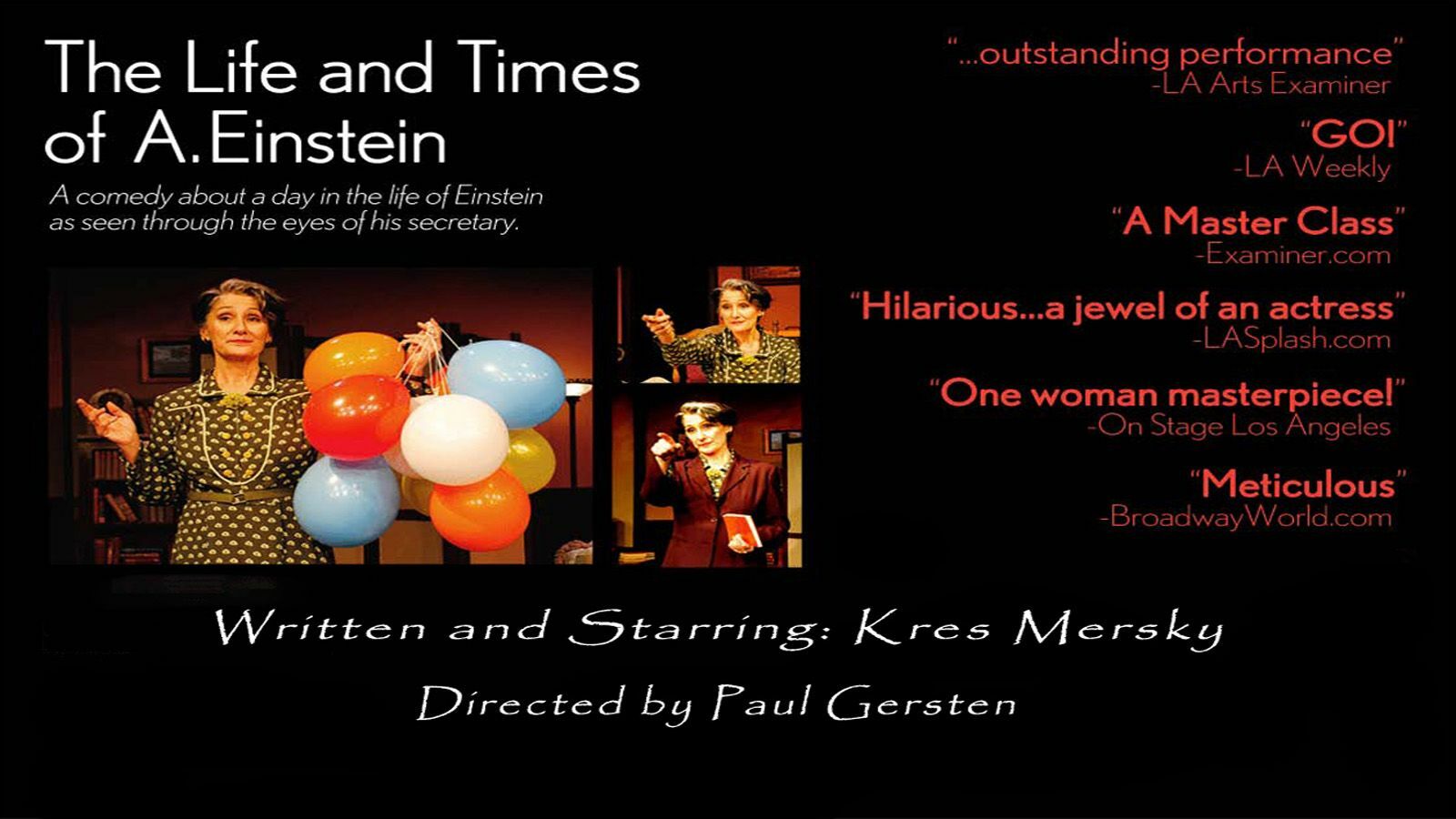 "The Life and Times of A. Einstein", Written by and With Kres M

The Life and Times of A. Einstein, Written by and With Kres Mersky — Online - "The Life and Times of A. Einstein" is a comedy about a day in the life of the famous scientist, Albert Einstein, as seen and told through the eyes of his secretary, Ellen. It is Einstein's birthday and he has agreed to an interview with the press that has now filled his living room. He is late and doesn't show and Ellen is left to explain his Theory of Relativity, the Theory of Simultaneity, his life in Germany before fleeing to the United States, and much more. It is a love story, a science lesson, a history lesson and a woman's story. A story that has never been told. But most of all it is very entertaining, intelligent and a comedy enjoyed by all. "Einstein" has been performed at theaters, universities, performing arts centers, libraries and has always been extremely well received. Kres Mersky, the artist and star of the show, has had a long career in television, theatre and film, guest starring in numerous episodic television shows, the Mark Taper Forum, the Ahmanson Theater and other theatrical venues. The show has something for everyone and has been performed to sold-out houses to much critical acclaim. So come join us for an enjoyable evening!  More Details