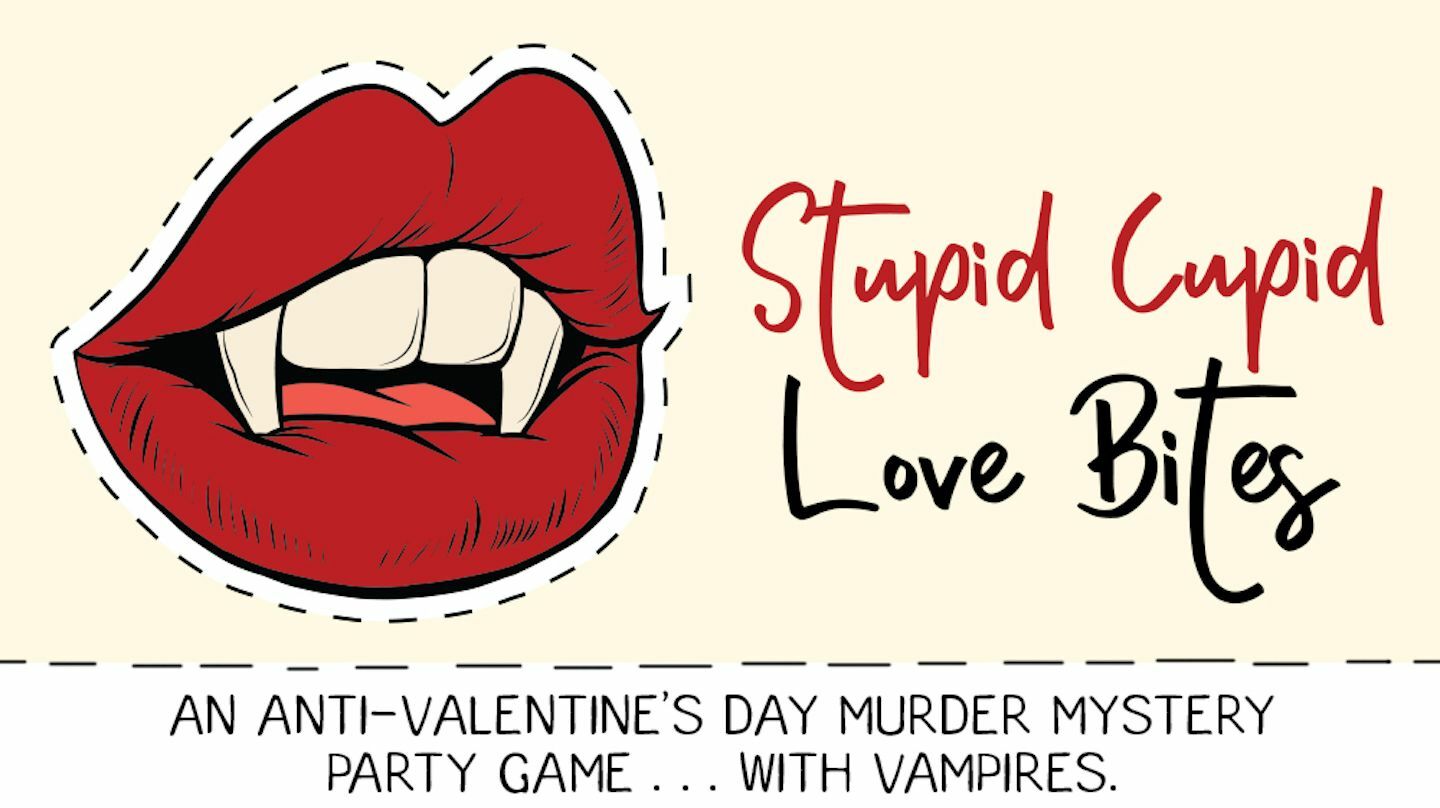 Stupid Cupid: Love Bites – An Anti-Valentine’s Day Vampire Murder Mystery | Online - Become a party legend by throwing this camp-themed mystery party for your next camp event, game night, birthday party, or gathering! Make memories with this ready-to-play printable game kit playable by four to 20 people! Virtual rules are included to play on Zoom! It's February 14 and time for a Vampire/Human Anti-Valentine’s Day Stupid Cupid Singles Mixer... Could they have thought of a shorter name? The idea for the event came from a vampiric philanthropist who claims to want nothing more than to see vampires and humans get together for a quick bite and a special night. Who needs a lovey-dovey romantic evening? This is a dating event set up to match Vampires with Humans, the first of it's kind. For those who think Valentine's Day sucks, this event promised unforgettable no-strings-attached excitement, but no one could have foretold a death! At the height of the party, someone screamed and stepped back to reveal the crumpled body of the host, LeBrat de Tigercub, one of the wealthiest and most powerful vampires in all of New England. Who is responsible for slaying this bloodsucker? Was it someone who LeBrat repeatedly refused to turn into a vampire? Was it the Spencer twins, bent on revenge? Or, was it Martino de Sanguino, head of a well-to-do and powerful coven, seeking to expand his domain? The stakes are high in "Stupid Cupid: Love Bites," so watch out! The killer may even be you! Rated 18+  More Details