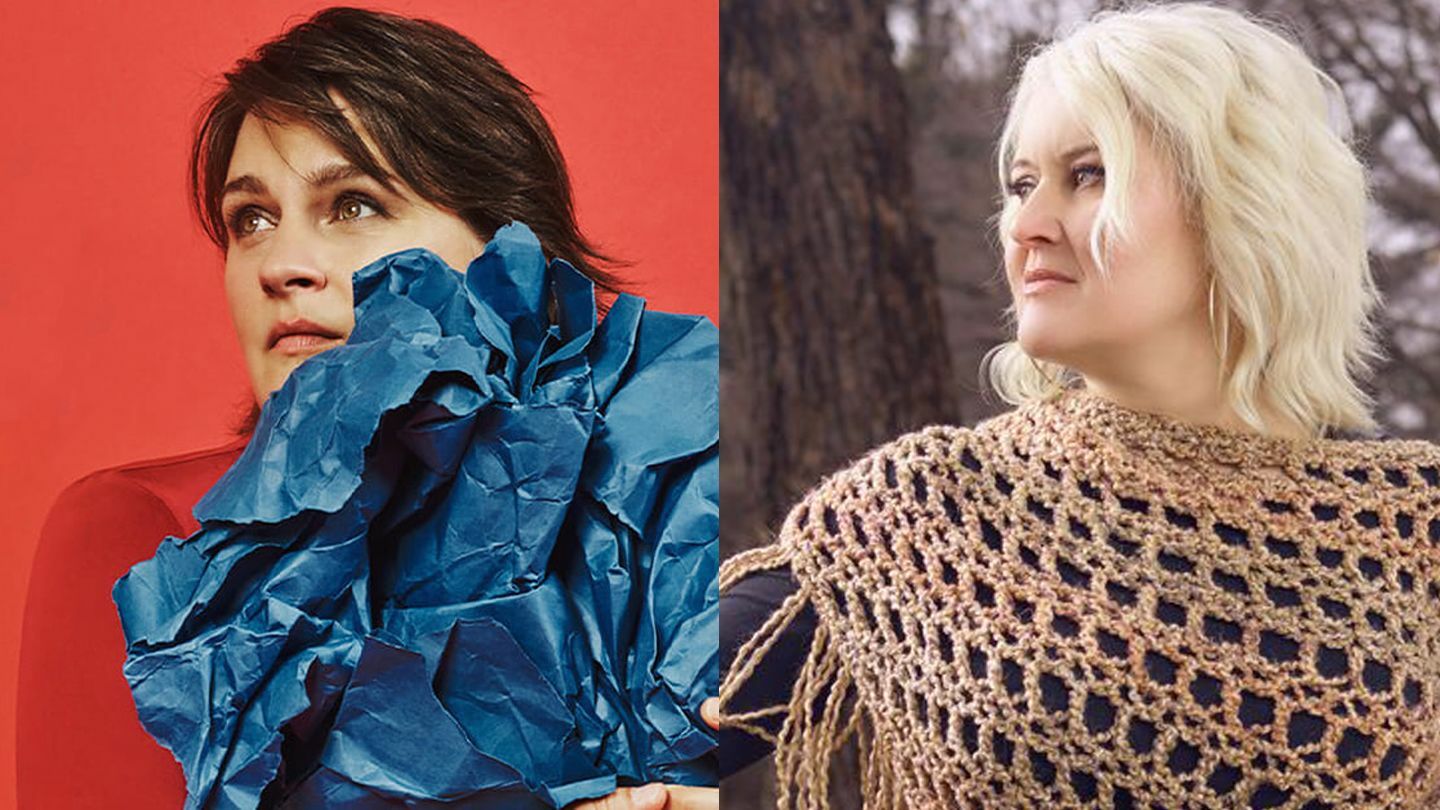 Madeleine Peyroux & Paula Cole - Madeleine Peyroux's extraordinary journey is one of music industry’s most compelling. Eight albums and 22 years since her debut "Dreamland", Peyroux continues to challenge the confines of jazz, venturing into the fertile fields of contemporary music with unfading curiosity. “The only thing that matters is the song,” says singer-songwriter Madeleine Peyroux. That conviction along with a ‘one of a kind’ voice, has carried this jazz artist from busking on the street of Paris all the way to mainstream recognition. Through intensely distinctive renditions of old classics and modern tunes by the likes of Leonard Cohen and The Beatles, Peyroux has proved to be an uncannily insightful ‘interpreter’ with her consistently impeccable choice of material. Much like Ray Charles, who in 1962 jelled R&B, Gospel Country and Jazz, Madeleine is at a nexus of styles blending Jazz, Blues, Country and Pop. Paula Cole’s 1994 debut album was titled "Harbinger", and I hinted at what was to come in the singer/songwriters career. It didn’t so much foreshadow her subsequent accomplishments: the double-platinum second album, "This Fire"; her hit singles “Where Have All the Cowboys Gone” and “I Don’t Want To Wait,” her Best New Artist Grammy and an additional six Grammy nominations; or becoming a Grammy-nominated producer and founder of her own 675 record label. But Harbinger signaled Cole’s dedication to breaking the silence of generations of women and giving voice to those left behind by history.  More Details
Saban Theatre, 8440 Wilshire Blvd., Beverly Hills, CA