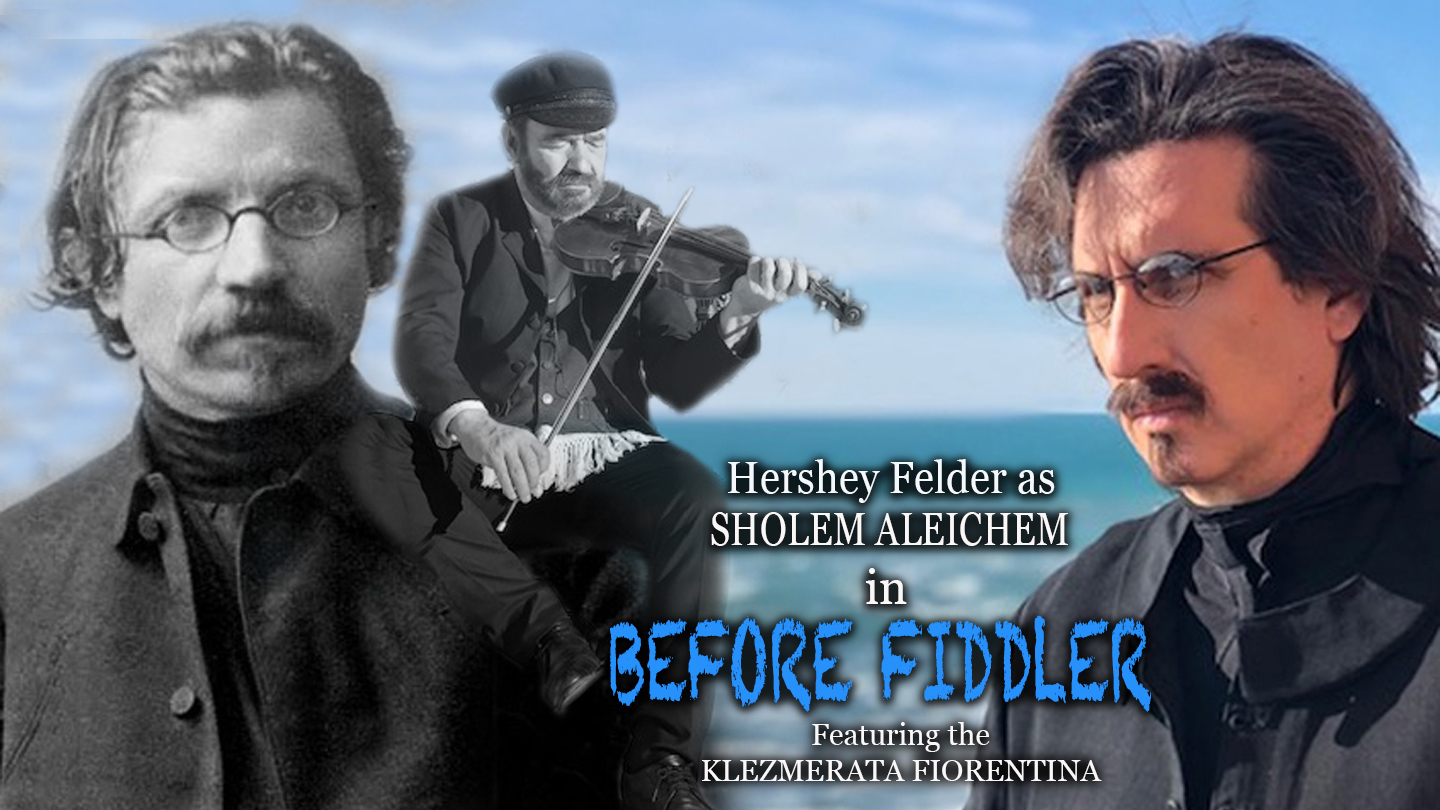 Hershey Felder as Sholem Aleichem in "Before Fiddler" - A Recor

Hershey Felder as Sholem Aleichem in Before Fiddler – A Recording of the Livestreamed Musical Event from Florence - Decades before the beloved musical "Fiddler on the Roof" first delighted worldwide audiences, there was Sholem Aleichem and his beloved character of ‘Tevye the Milkman.’ When he was only 24 years old, Sholem Aleichem published his first story, "Tsvey Shteyner" (“Two Stones”), and by 1890, he had become a central figure in Yiddish literature. Sholem Aleichem was known as the “Jewish Mark Twain” for his similar writing style and pen name usage. Felder will play Sholem Aleichem himself – giving audiences the true story of what happened "‘Before Fiddler.’" Long before songs like “Tradition,” “If I Were a Rich Man” and “Sunrise, Sunset” first beguiled audiences, there was Klezmer, the music of the Old World; a music that imitated talking, laughing, weeping, and singing, and where musicians didn’t just make music, they spoke to you in song. Filmed on location where events actually took place, this streaming production will feature the stories and characters of Sholem Aleichem, along with music that is sure to move the soul.  More Details