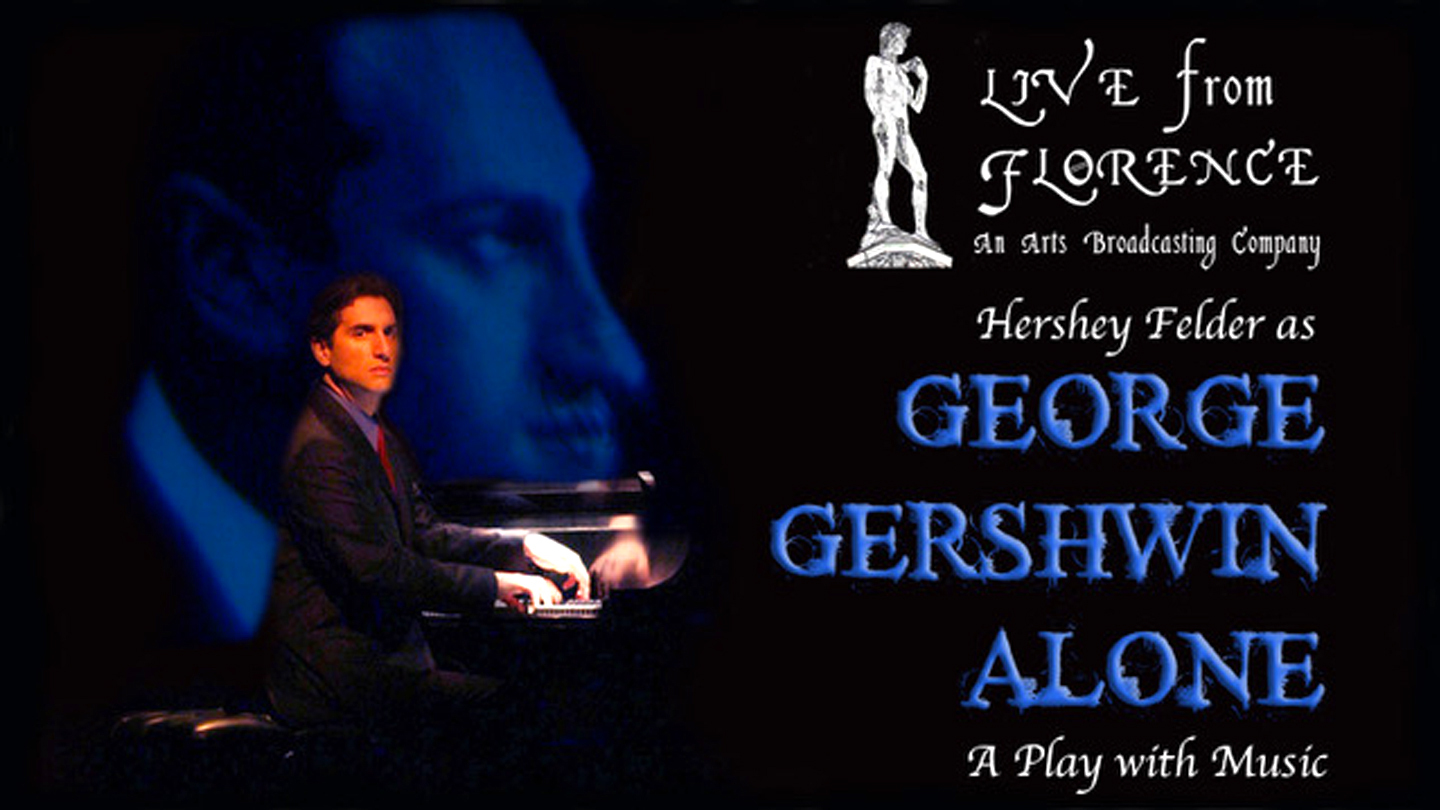 Hershey Felder as "George Gershwin Alone" -- A Recording of the

Hershey Felder as George Gershwin Alone — A Recording of the Livestreamed Musical Event from Florence - "George Gershwin Alone" tells the story of America’s great composer, who with the groundbreaking "Rhapsody in Blue", made a “Lady out of Jazz.” The show incorporates the composer's best-known songs from "The Man I Love" and "Someone to Watch Over Me," through the hits of "An American In Paris" and "Porgy and Bess", to a complete performance of "Rhapsody in Blue". Felder writes, "There is a subtext to George Gershwin’s story that I made every effort to consciously underline from the very first production, whether it be his own self doubt coupled with a certain brashness about his art, along with his questioning of what he really did owe his great success to -- and did he deserve any of it, in that he adopted a musical vernacular that wasn't entirely his own, but 'Made a Lady Out Of Jazz.' George Gershwin was a genius, and with genius comes many questions, both his, and ours." As the only actor-musician to create the role of George Gershwin on the stage, and with over three-thousand performances, from California to Broadway to London’s West End, for the first time, Hershey Felder will bring George Gershwin to life on the stage of one of Europe’s oldest and most famous theaters, Teatro della Pergola.  More Details