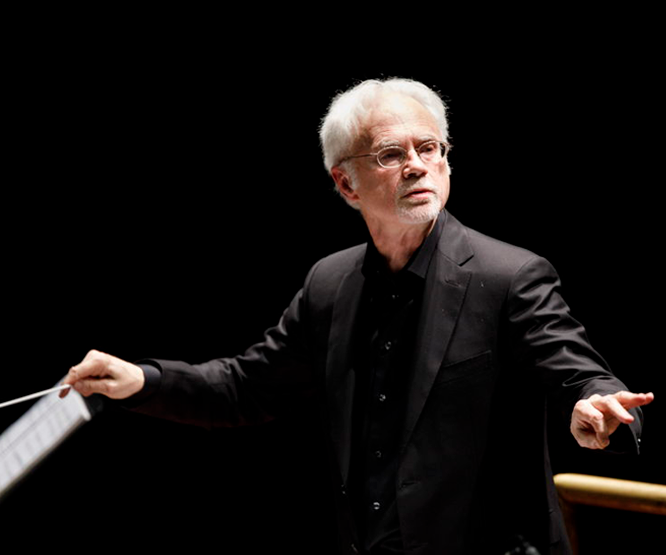 Focus on Andriessen - "Life" (2009) was the first piece Louis Andriessen composed specifically for his friends in the Bang in a Can All-Stars. According to the composer, “[Artist Marijke van Warmerdam and I] decided to make a kind of contemporary "Pictures at an Exhibition": short pieces of music to accompany video clips. This resulted in "Life" — four short compositions which combine late romantic ‘European’ music with hip ‘American’ repetitive music.” Composed 1972 – 1976, "De Staat" was inspired by Plato’s words regarding music and politics. In it, you hear scales and pitches from Indonesian music, as well as influences from early bop and cool jazz. A breakthrough work for Andriessen, "De Staat" was premiered in Amsterdam and synthesized his characteristic sound world and socio/political concerns with his response to American Minimalism in a powerful work that brought him international recognition.  More Details
Walt Disney Concert Hall, 111 S. Grand Avenue, Los Angeles, CA