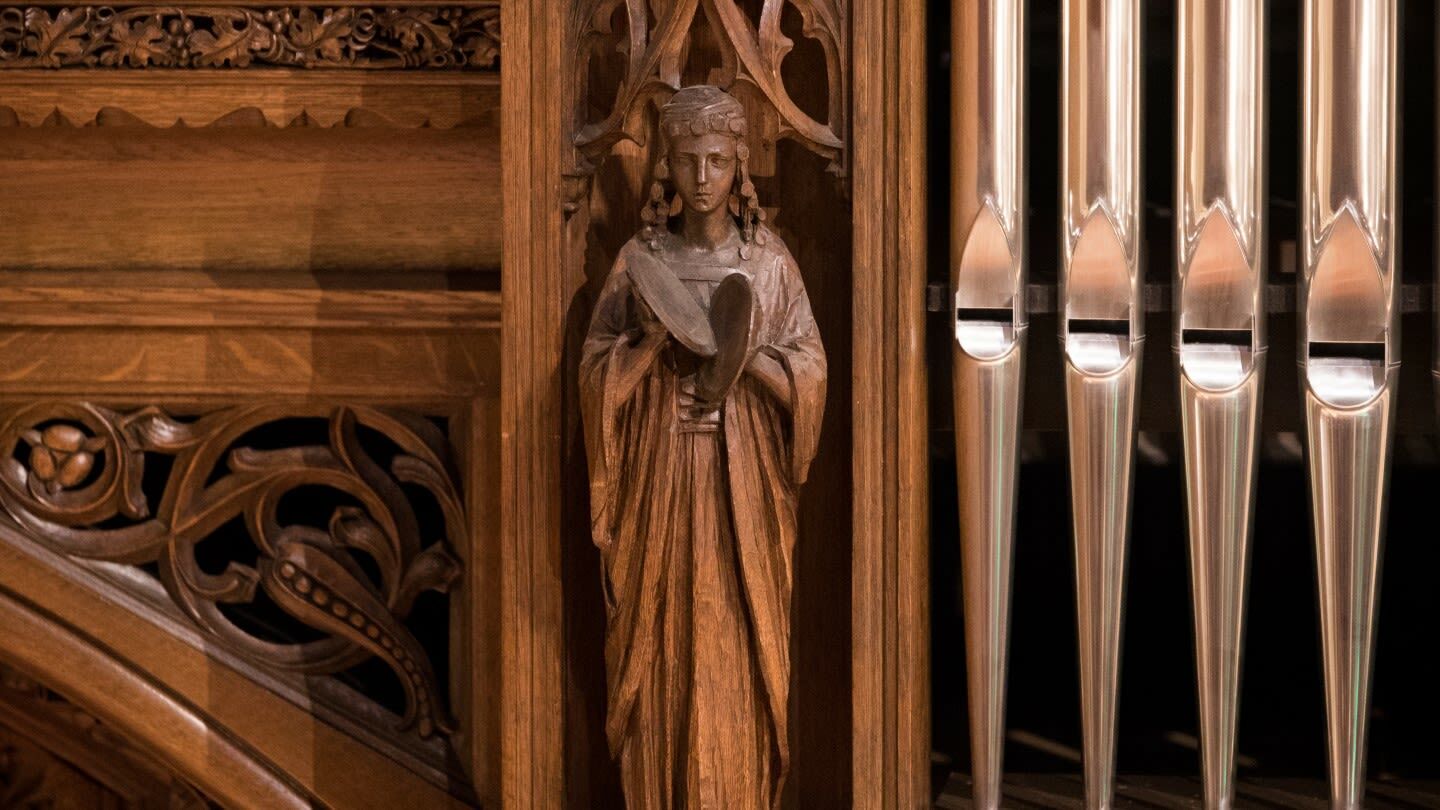 Dupré: The Complete Works for Organ III – Online - As the year 2021 marks the 50th anniversary of the death of Marcel Dupré, Organist and Director of Music, Jeremy Filsell, presents his complete works for organ over nine free recitals on the Miller-Scott Organ. Dupré was the foremost French organ virtuoso of his time and heir to the great tradition of French Romantic organ playing and composing. He traveled widely as a concert artist in the U.S. during the 1920s and 30s and was a hugely influential teacher at the Paris Conservatoire between 1926 and 1956. His music for his instrument, the organ, is brilliant, evocative and is virtuoso writing of the highest order. Program III features: Vitrail, Souvenir, Le Tombeau de Titelouze, Cortège et Litanie, Lamento, and In Memoriam.  More Details