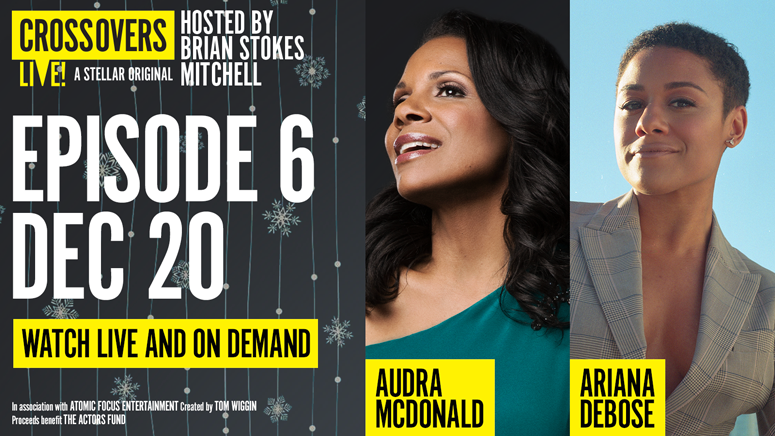 Crossovers Live! The Holiday Finale with Audra McDonald and Ariana DeBose — Online - Celebrate the season as Audra McDonald and Ariana DeBose join "Crossovers Live!" host Brian Stokes Mitchell for a night of unheard stories and unmatched holiday cheer! Our final episode of the season features the immensely-talented; highly-decorated; rightfully-celebrated Audra McDonald as she joins Brian Stokes Mitchell on the "Crossovers Live!" stage. A consummate artist if there ever was one, this Julliard-trained soprano has won more Tonys for acting than any other performer. In fact, McDonald is one letter short of the coveted E.G.O.T —we’re looking at you “The Academy”— as well as a recipient of the National Medal of Arts. While her musical bona fides are undeniable ("Ragtime", "Porgy and Bess", "Lady Day at Emerson’s Bar and Grill"), her prowess on stage and screen ("A Raisin In The Sun", "The Good Fight") have made her a multi-hyphenate “to rule them all”. Joining McDonald is actress, singer, and dancer Ariana DeBose. From her debut as a contestant on "So You Think You Can Dance", the Emmy-nominated DeBose has gone on to star in major Broadway productions ("Summer: The Donna Summer Musical", "Hamilton") as well as film and television ("The Prom", "Schmigadoon!"). The North Carolina native stars as Anita in Steven Spielberg's "West Side Story" which opens in theatres worldwide December 10th! As both our star-studded season and the calendar year draw to a close, join us and our very special guests for "Crossovers Live! The Holiday Finale!"  More Details